Chances for success and potential risks of a fertility treatment

We would like to remind you that for healthy, very fertile couples, the pregnancy rate per menstrual cycle is not more than 15 to 20 percent.

Causes may be absent ovulation or that the oocyte did not mature properly after ovulation. Moreover, we know today that many pregnancies come to an end in an early stage, before they have been detected. Causes can be found in the complicated mechanisms involved in the process of developing life. Sometimes the first cell proliferations of the fertilised oocyte are disturbed or the implementation of the fertilised oocyte into the endometrium failed.

On this account we recommend, depending on the severity of infertility and the woman's age, to transfer two (up to three) fertilised eggs per treatment cycle. Thus, we always induce several follicles to grow with hormonal stimulation. This increases the chances to get pregnant.

Hormonal stimulation may lead to significant ovarian hyperfunction. This is referred to as ovarian hyperstimulation syndrome (OHSS). There may be accumulation of ascites in the abdominal cavity, leading to abdominal pain. If you experience increasing abdominal pain, please get in touch with us during our consultation hours. In rare cases, a stay in hospital for better monitoring and treatment might be required. With therapy monitoring on a regular basis you can reduce the risk of OHSS to 1 to 2 percent. In order to do that, we need you to participate by adhering to the scheduled appointments for examination.

According to present knowledge, the hormones administered in fertility treatments do not increase the risk of cancer. 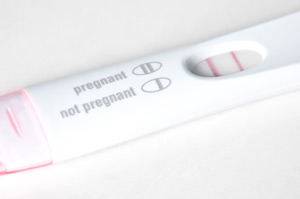 Due to the fact, that in IVF, up to three embryos may be transferred, the risk of multiple pregnancies is increased. Twins are born in 5 to 15 percent, triplets are born in 1 to 3 percent of IVF cycles.

As with every pregnancy, IVF treatment may also result in ectopic pregnancies. The reason is that embryos may wander. Even if they have been implanted into the uterus, they may attach to the fallopian tubes. In regular check-ups, however, this will be detected in an early stage and be treated immediately.

Between 8 and 10 percent of all pregnancies end in a miscarriage. For pregnancies resulting from in vitro fertilization, this risk is slightly higher with app. 10 to 15 percent. This is due to the higher average age of the women who got pregnant via IVF compared to "normal" pregnant women, since the risk for miscarriages increases with age.

Are there any risks for the child?

It should be considered that the risk of abnormalities of development in normal pregnancies is between 2 and 4 percent. This risk is neither higher nor lower in IVF pregnancies.

Preliminary findings have shown that the rate of abnormalities is not even higher in pregnancies via ICSI. Recently, scientists found out that in 3 to 5 % of men with severe fertility disorders, certain hereditary factors are responsible for infertility. If you help these men to have a child with the aid of ICSI, there is a possibility that male descendants will also face fertility disorders, but are healthy apart from that. Furthermore, we know that in 1 to 2 percent of infertile men, a hereditary factor for the severe metabolic disorder mucoviscidosis is present. Depending on the genetic parameters of the female partner, such a couple has an increased risk that their child conceived via ICSI might also be carrying this hereditary factor. For this reason we recommend a genetic examination and counselling before undergoing these treatments. In conclusion, most couples wanting to take IVF/ICSI treatment and no genetic causes for infertility can be found, have no increased risk according to present knowledge.

Chances for success of a fertility treatment

The chances to get pregnant after a simple hormonal stimulation in conjunction with artificial insemination is between 10 and 18 percent per cycle. Thus, app. 70 % of the couples achieve pregnancy after several treatment cycles. You have to keep in mind, however, that with this method only mild forms of infertility can be treated and have therefore higher chances for success.

The success rates after in vitro fertilization are app. 25 to 45 percent. After ICSI, the success rates are even slightly higher than after IVF, with 30 to 45 percent. There are two possible reasons for that. On the one hand, women who are treated with this method because of infertility of the male partner are on the average a bit younger than women with IVF. On the other hand, ICSI increases the chances of fertilization of the oocyte.